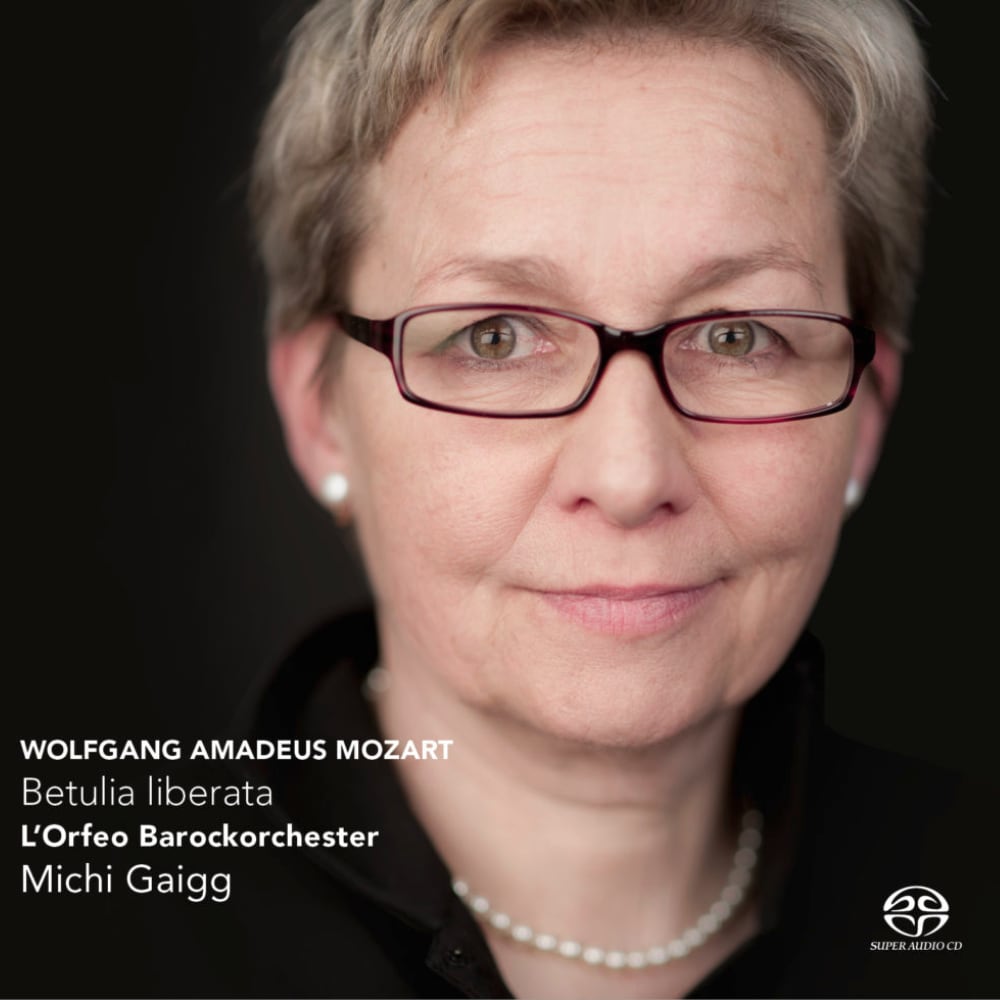 Decorated by Pizzicato (Five quavers) and Radio Ö1 (CD of the Day).

Gaigg resurrects the young Mozart’s Metastasio project
[…] L’Orfeo Barockorchester play with an attractive thrust and graininess, with solos well taken and horns ringing out gloriously […] a vivid and dramatic snapshot of this stage in the wunderkind’s astonishing development.
Gramophone, David Threasher, December 2013

Michi Gaigg has long outgrown being one of Nikolaus Harnoncourt’s best students. In profile with her L’Orfeo Barockorchester she has emerged as a congenial successor of the Concentus Musicus master. She has walked her own way as can readily be heard on this new release. […] This recording of Mozart’s oratorio is an experience: drama is united with noblesse and perfection. […] The recording adds to Mozart’s repertoire.
Das Orchester, Iris Hildegard Winkler, 01/2014

The orchestra plunges ravenously into every dissonance, each staccato, every concitato passage. […] When last did one hear such an exciting vibrant general rest as in the Overture?
Neue Zürcher Zeitung, Felix Michel, 8 October 2013

Anyone who has experienced Michi Gaigg and the L’Orfeo Barockorchester at the Telemann Festival Magdeburg knows the drive and enthusiasm that permeate eighteenth century music when performed with this vitality. And here again: the ternary overture depicting the besiegement of Bethulia keeps the listener at the edge of his chair. Michi Gaigg’s sensitive direction allows the singers ample space for intense expression. The setting of this largely undramatic text by the youthful and unencumbered Mozart tells its own wondrous tale.
Opernglas, J. Gahre, July 2013

[…] Michi Gaigg and her L’Orfeo Barockorchester deserve great credit for reviving Mozart’s early work. Instead of confirming the general opinion of a boring and rather conventional work Bethulia is uncovered as a composition with promising boldness and hidden treasures. A new release which will not leave the listener indifferent.
ResMusica, Pierre Degott, 29 January 2014