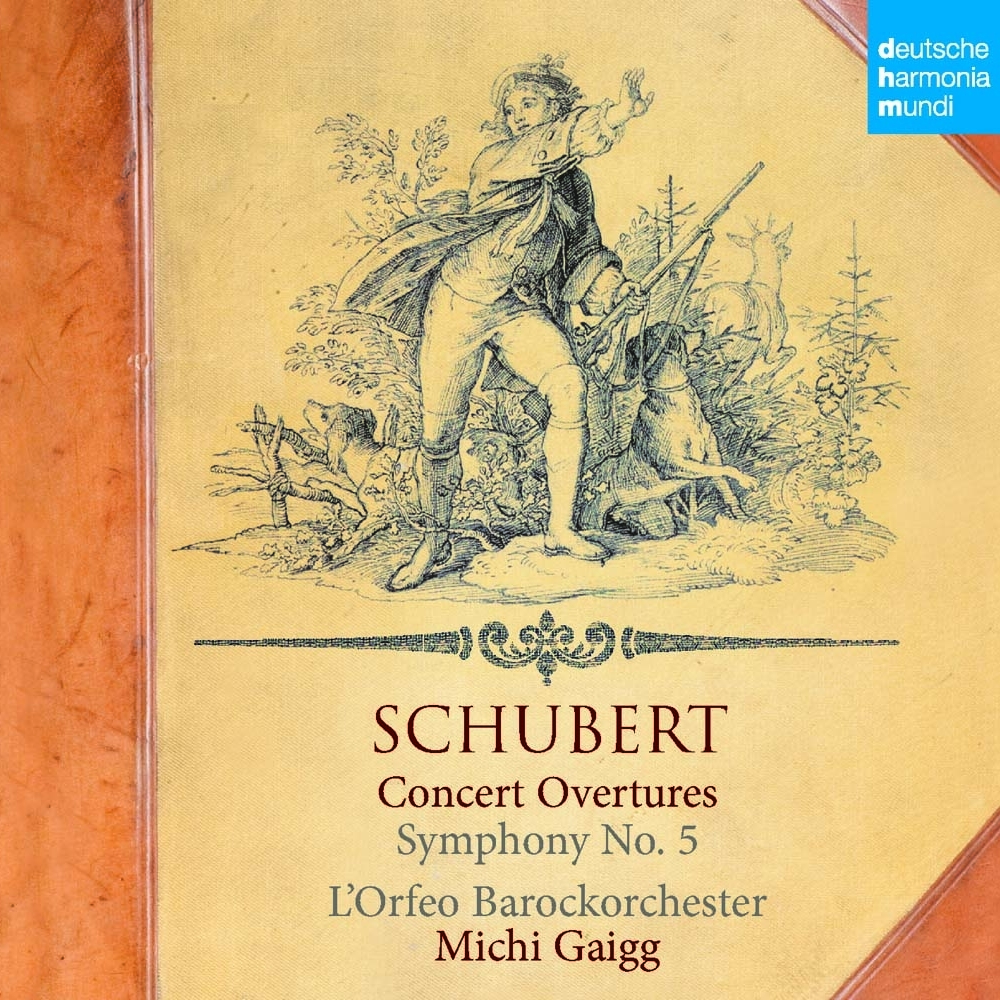 Schubert’s works on period instruments […]. A unique project
[…] Michi Gaigg and her orchestra never choose the easy way out. They search for a challenge. The Schubert CD is a step along a new path, not only concerning the unfamiliar repertoire but also as far as matters of performance are concerned. But it is so much worth the while. How much irony, tongue in the cheek antics and true drama are discovered in the overtures when performed on period instruments.
Surely, after this CD one hears Schubert slightly different.
Deutschlandradio Kultur, CD of the week, Haino Rindler, 18 June 2012

An excursion to the Early Romantics
[…] This has never been heard before: First of all the B-flat major Overture has never been recorded on period instruments and furthermore it has probably never been performed this eloquently. […]
An absolute must!
NDR kultur, CD of the week, Jan Ritterstaedt, 20 June 2012

Original charm
[…] No random phrase, each punchline well put, vibrancy in every single musical colour. Everything is alive, direct and yet elegant.
Radio Ö1 Pasticciopreis, in co-operation with the Standard

[…] four of Schubert’s five concert ouvertures are presented here in „historical sound“ […] one wonders why these precious works were neglected so long. Such innovative ideas in the two Ouvertures in D major (D 556) or e minor (D 648). The fifth symphony originated during the same time and is Schubert’s hommage to Mozart, the musical highlight of this extravagant programme.
Crescendo, Musik & Theater, Attila Csampai

Roots and paths
[…] All in all a refreshing new Schubert experience that one wouldn’t want to miss.
www.musikansich.de, Sven Kerkhoff

Wonderfully lithe, laid-back and transparent […]. This orchestra has acquired a position of authority over the last 15 years in which they retained their enthusiasm yet still grow in expressiveness.
DRS2, CD Tip, Florian Hauser, 8 October 2012

Those who still doubt the efficacy of playing this repertoire on period instru­ments should hear the mellifluous wind playing on this disc, at once full of colour and character. Rarely, for example, have the exchanges between flute and oboe at the opening of the development of the Allegro of the B flat symphony conveyed such innocent enchantment as they do here. […] Gaigg’s approach to this movement is admirably straightforward and not without moments of grace and charm, as is the performance as a whole.
The tempo set for the Andante con moto is to my mind spot on, with splendid balance between wind and strings, while the stormy interludes carry admirable weight and punch. The trio section of the Menuetto, which is again ideally paced, has an irresistible lilt that perhaps only Austrian players could bring to it.
The eight concert overtures Schubert composed between 1816 and 1819 tend to be quickly passed over by his biographers. Five are included here […] all agreeably played, making the CD as a whole an excellent proposition for anyone interested in the collection.
Early Music Review, Brian Robins, October 2012

This is an interpretation with rough edges. The Menuet (of Symphony No. 5) could serve as example: instead of elegant dancelike gestures we encounter sharp cutting accents. A sweeping and revealing production.
Toccata – Alte Musik aktuell, Johan van Veen, Jan./Feb. 2013