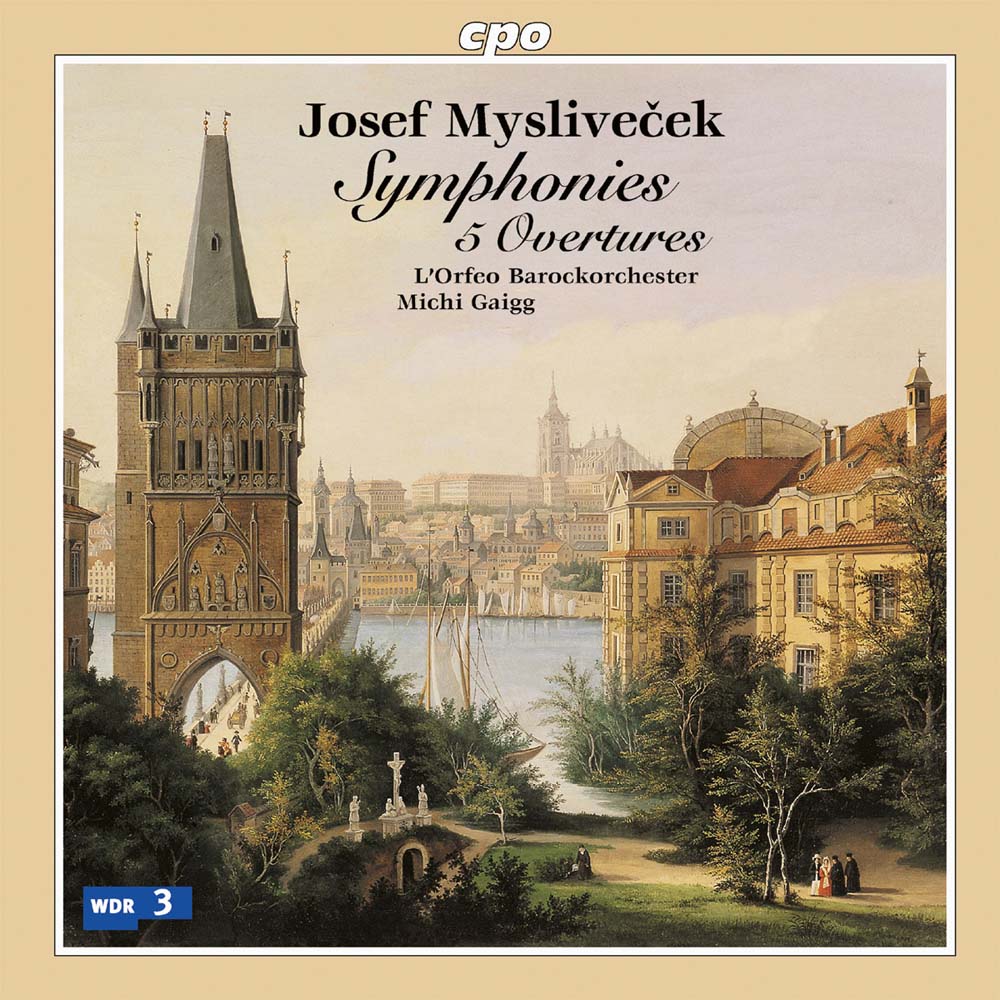 The “atmosphere” on stage is anticipated. The L’Orfeo Baroque Orchestra conveys this with pugnacious sounds but also with images of subtle affects. A tip to start this disc: the festive sounds of the Overture to L’Olimpiade.
Klassik Heute 11/2004

The great L’Orfeo Baroque Orchestra offers its irresistable contribution to the resurrection of Mozart’s contemporary Josef Myslivecek from the dark vaults of oblivion with this recording of the Symphonies and Overtures by the Bohemian composer. The sound and cunning compositional concept of these works are lively presented and turn out to be addictive musical chocololates.
WDR 3, 12/2004

[…] it remains to be said that the L’Orfeo Baroque Orchestra with its familiar powerful and impulsive playing manages to return to these works the long lost fire, energy and life.
Diverdi 01/2005

[The Symphonies] are played by L’Orfeo Barockorchester with a sense of uplifting incisiveness; try the powerful and buoyant horns in the finale of No. 3 in F major, full of strong accents and alive. […] To round off this sensitive and invaluable disc, played with care and imagination by this original instrument group we have some helpful notes and a crisp acoustic not too chill, not too reverberant.
Musicweb International 1/2005

If late 18th-century orchestral music is your thing, make sure that you don’t miss this.
Early Music Review 02/2005

[…] this similarity is mindboggling! Every musical amateur would notice it: the music on this double CD breathes Mozart’s soul. Although the opposite applies: Josef Myslivecek was 18 years old when W.A. Mozart was born […] the L’Orfeo Baroque Orchestra with its usual zest and virtuosity […] another acoustic gem by this highly acclaimed orchestra […].
Oberösterreichische Nachrichten, 3 February 2005

[…] Michi Gaigg and her orchestra present an interpretation which is fresh, eloquent, vivid and contrasting […].
Salzburger Nachrichten, 19 March 2005

The leader Michi Gaigg managed to identify with the very personal style of the composer. She understands the art of highlighting the dramatist Myslivecek with a thrilling performance and at the same time revelling in his lyricism […] this is a musical tour de force.
Concerto – Das Magazin für Alte Musik, June/July 2005